It can be difficult sometimes to know where a relationship is going, whether it is getting serious and what your man really thinks about you. All too often you might find yourself wondering whether you man is as serious about you, as you are about him or whether he is just going with the flow. It can be tempting to have the talk, to see what he has to say, but you don’t want to come across as too forward, you don’t want to push him away before he gets close. So how can you be sure that he is serious about you? How can you tell, without asking him? What are the signs that you should be looking for?

1. He Introduces You To His Friends 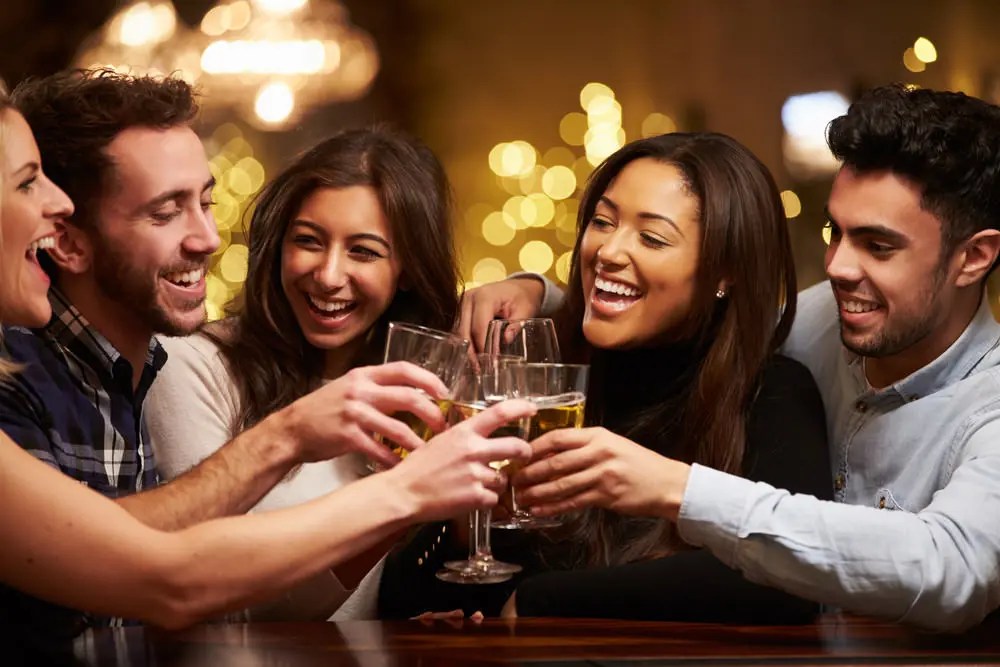 A man’s friends are some of the most important people in his life. He might have had a string of girlfriends or even one night stands before you, but he won’t have introduced them to his friends. Men only introduce girls who they think they have a future with to their mates. So if you have met his friends or he is talking about you meeting his friends, then this is a really good sign that he is serious about you and the future you might both have.

2. He Introduces You To His Parents And Family 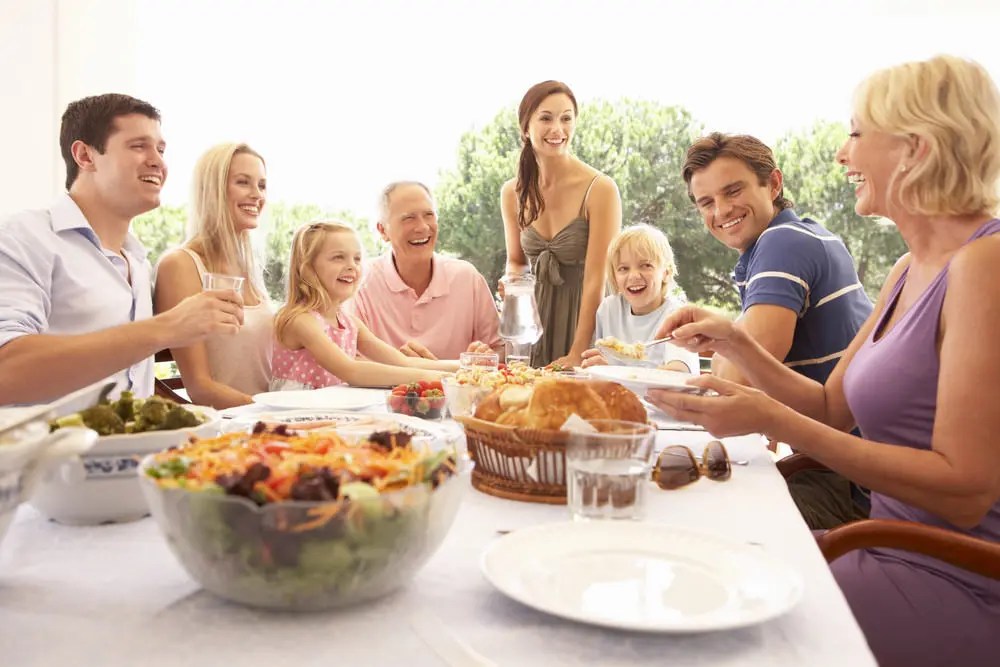 Whilst a man’s friends might be some of the most important people in his life, there are certain people, who are even more important, and that’s his parents. A man would never introduce a fling to his mother, nor would he introduce a girl who he didn’t see as future wife material. So if you have met his parents or he is arranging a meet up, then you can be rest assured that he is not only serious about you, but he can also see a future between you too.

3. He Calls You His Girl In The Presence Of Everyone

A really easy way to tell what your man thinks about you is by paying attention, to how he introduces you to people. If your man doesn’t introduce you when he runs into people he knows, then this isn’t a good sign. However if your man not only introduces you but also refers to you as his partner, or his girl, then this is a great sign that he is proud to call you his and that he is serious about the commitment he has made to you.

4. Doesn’t Flirt With Other Girls 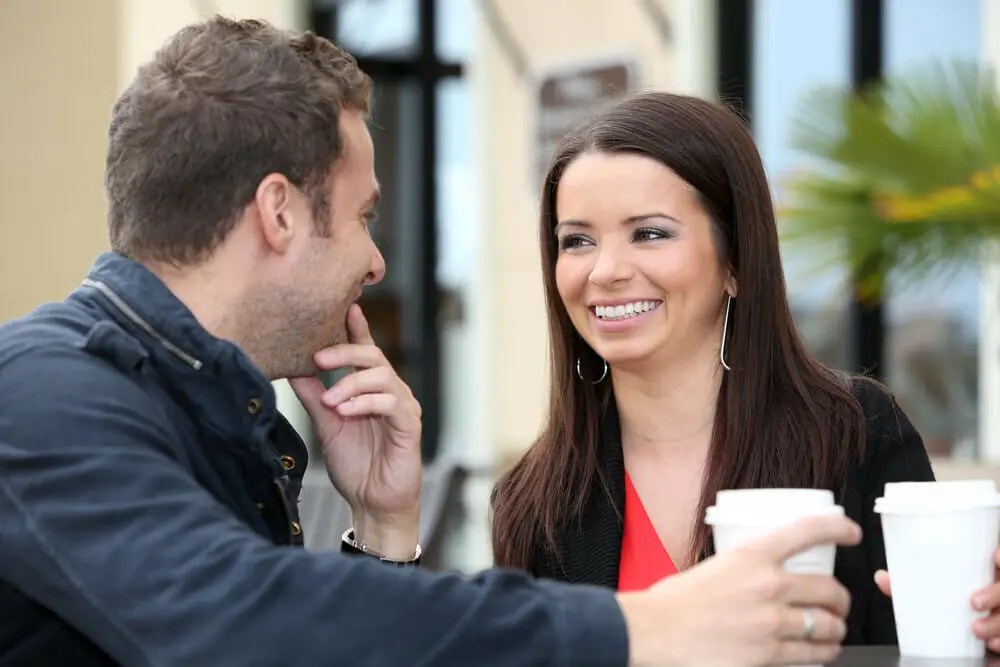 If a man isn’t serious about the girl in his life, then he will see no issue with flirting with others. You might notice that he has a wondering eye, or that he has a lot of girls messaging him on social networking sites. This will all stop however if he becomes serious about a girl. He will devote all his attention to her and will make her feel like the only girl in his world. If your man has ditched all the other women in his life for you, then this is a great sign that he is getting serious about you.

5. He Defends You In Public

Men who are serious about their partners will always defend them, irrelevant to whether they are in the right or wrong. A man’s natural instinct is to look after the woman in his life, so if you have gotten yourself into trouble and your man comes to your rescue, then you know that he not only sees you as his girl but also that he is serious about taking care of you and making sure that you are alright.

6. He Doesn’t Avoid The Talks

One of the biggest reasons that men avoid emotional talks is that, they are worried that they will say the wrong thing, or hurt you with the truth. This normally means that what he has to say isn’t what you want to hear. If however your man is willing to sit down and talk about where your relationship is going, or about the future, then the likelihood is he is serious about you and wants you to know about it.

Sometimes men play games to keep people at arm’s reach. This is because they don’t want the girl to get too attached or they don’t want to get attached to the girl. It’s kind of like their inbuilt defence system, which keeps them safe from getting hurt. The thing is though, that if a man is serious about a girl, then he wouldn’t dream of playing games with her. In fact he will do everything he can to prove that he is serious and that his feelings are straight forward about her. If your man used to play games but has since stopped, or has never played games with you, then you know he is serious about both you and your future together.

If a man is serious about a girl, then he will do everything he can, to make that girl feel special, secure and loved. This means that there are always clear signs as to whether he believes that you both have future. If you are reluctant to ask him straight out, then your best bet of knowing, is by looking out for this signs. If you look for these signs and you don’t see any of them, then perhaps you might want to revaluate where the relationship is going and how you feel about him. If you are certain that you want to be with him, but the signs aren’t there, then your only real choices are either to wait it out and see whether the signs start appearing, or talk to him about it and be upfront about what you want. If he doesn’t want the same things, then whilst it might be hurtful to find out, at least you know and you can take the time to recover and move on. You don’t want to invest your time in somebody who only sees you as a bit of fun or a fling, you are worth much more than that.

Don’t Miss: 10 Reasons Why Married Men Fall in Love With Other Women

Editor’s Note : Do you know there’s one thing men NEED in order to actually fall in love with a woman? No throwing fits, having ultimatums, having a bunch of fights and playing GAMES with a guy in order to get him to fall for you… Learn a simple secret that will make him fall for you every time.. It’s easy.  Click Here