Ever wonder Why Men Pull Away? Do you feel like you are the only one doing the work in your relationship. Here are surprising reason why men pull away and what you can do to draw in back into your arms where he belongs.

Men aren’t as complicated as they like to think they are. In fact many of them share the same basic traits and fears, because those traits and fears have been forced on them from an incredibly young age. The culture we live in today doesn’t celebrate monogamy in the same way that it once was celebrated. In fact, it celebrates the ‘player lifestyle’ over almost all else. If there is any one word that can prove this point, then it’s ‘fuckboy’. A reasonable new turn for a guy who messes around with girls and then gets patted on the back for doing so. If you’re still not convinced and you need another example, then how about ‘side-chick’, another fairly new word, which makes reference to the girl or girls that a guy has beside his main relationship.

So, how is it that long term relationships still manage to exist, when men are being led astray and taught that it’s funny to do so? The answer is simple. There are 7 main reasons that men start to pull away and relationships fail. If you know what they are, then they are pretty easy to avoid, but if you don’t, then you’re going to be stuck falling for ‘fuckboys’ and being a ‘side-chick’ forever. 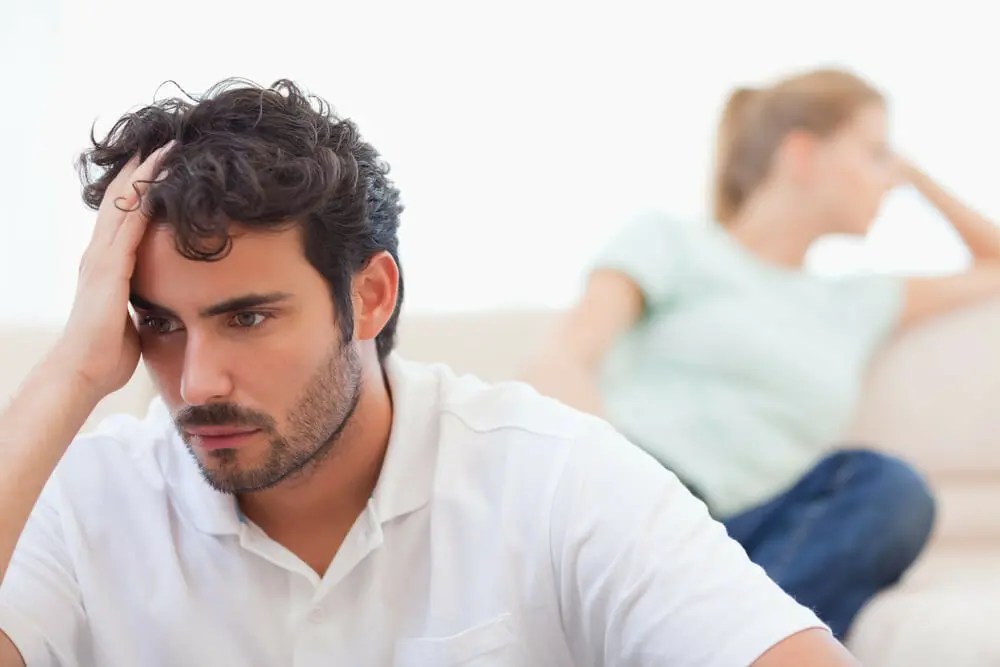 1. They have their own issues.

It can be easy to take your man for granted, especially when it comes to his emotions. Men aren’t typically the kind of creatures that like to share their inner more thoughts and feelings, but this doesn’t mean that they don’t have them. It’s important though, to note that you can’t force your man into sharing them with you. The harder you push him, the further away he’ll start to drift.

If you want to be supportive of his issues, then just be there for him. Listen if he offers his thoughts to you, but don’t force him to share them if he doesn’t. Just know that if he’s being quiet, or seems stressed then it probably isn’t anything to do with you, and that if did, he would probably have said something already.

Commitment is a big thing and when men do it, they do it seriously. Unlike women, men very rarely settle, unless they are being forced to. Women however, tend to be more willing to compromise when it comes to finding a long term partner, because they would prefer to be with someone mediocre, over waiting for someone great to come along.

The internet has turned casual relationships and dark closet secrets into mainstream viewing. Jokes about threesomes, open relationships and how outdated the concept of marriage is, are rife. This has seemed to make guys think that it’s okay to pull away and cheat, whenever a relationship isn’t going the way that they wanted.

4. The fear of missing out

If a guy commits to a girl then it’s because he’s sure that he can go the distance with her. That is literally the only reason that a guy will commit. Anything less than certainty isn’t worth the gamble. This is a huge problem though, because guys can also be greedy over an over easy with their egos. They can often think that the grass is greener on the other side of the fence and this makes them hesitant to commit and quick to pull away.

If you want to avoid this happening, then you have to make sure that he knows he’s never going to get any better. That isn’t meant in a condescending way. Being a loyal girlfriend, who takes care of his needs, as though they were her own, is a sure way to show him how much he’d be missing if he went elsewhere.

5. You’re taking him for granted

You hear a lot about how girls feel their guys are taking them for granted, but the truth is that each of them girls was probably committing that crime for a long time before, he started. The simple fact is that girls take their guys for granted all the time and it can be really insulting. If your partner takes you out and pays for your meal , then that shouldn’t be something that goes unnoticed, just because it’s the ‘man’s role’ to pay the bill.

If you’re making your man feel appreciated, then you can be sure that he’s going to stick around, because he’ll enjoy being around you.

6. They just want an easy life

Love isn’t all fireworks and great sex. After a while, it can start to get boring and it can even start to feel like hard work. If it’s feeling like hard work for you, then you can be sure your man is feeling the same, and that’s not good. Men typically just want an easy life. They don’t really care what you cook for dinner or whether your hair is a slightly darker shades of brown, their just happy that you’ve cooked for them and that you haven’t shaved your hair off.

If you want to stop your man pulling away, then don’t stress him out over the little things. Understand that he cares, but that doesn’t mean that he’s always going to show it and you can’t expect him to.

7. You’re both just not right for each other

Men only tend to pull away, when things start getting hard for them. It’s a like a simple equation they run through their minds. Is the stress worth the woman who’s causing it? If the answer is no, then you can be sure he’s going to start pulling away and looking elsewhere. If you want to avoid this happening, then you need to make sure you’re being sensitive to your partner’s needs and that, if it does come down to it, that there are plenty more men out there, many of whom would give their right arm to have a future with you.