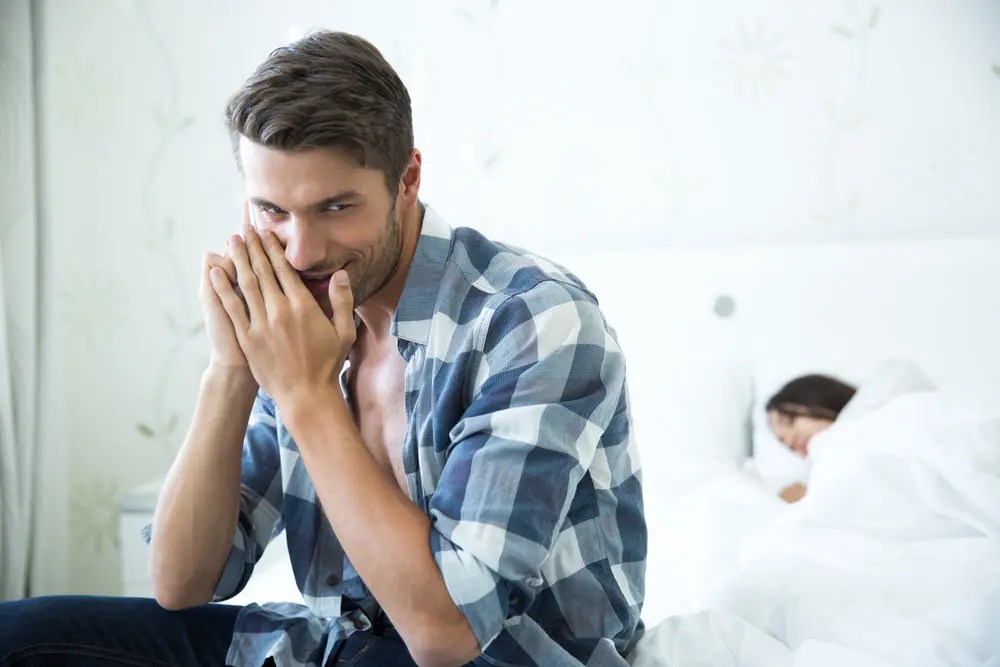 1. The Story Just Doesn’t Add Up

If you have ever lied, then you will know how tempting it can be to embellish your story. The more you put into it, the more realistic it sounds right? Well, actually, that isn’t the case. The truth is normally a simple answer, which doesn’t require a huge backstory to explain it. If your man is telling you a long winded tale about what happened or where he was, then there is a good chance that he is lying about it.

Whilst he is telling the story, make sure you listen to and retain all the finer details. Look for anything that doesn’t quite make sense or goes against anything he has already said. Then wait a little while and ask him again, see if all the facts stay the same, see if he can remember the tale he told you. If on the second telling the story changes, then you know that he lying.

One of the easiest ways to tell whether or not someone is lying is by their facial expressions. There are tell-signs that people can’t help but do, when they are lying. These signs are almost like ticks and if you see them, then can be safe in the knowledge that you were right, and that something isn’t right about the situation.

One of the biggest facial expression tells, is when they can’t you look you, in the eye. If someone is lying then they will typically avoid eye contact. There is also some suggestion to the idea that when a person is lying they will automatically look to the left, after they have finished speaking.

Another sign is if they go red whilst speaking. This is often a sign that they are lying, as they start to panic and come up with a story. This tell-tale sign isn’t something that can be controlled and is great for when you are trying to spot a lie.

Another sure sign that you are being lied to, is when the story changes over time. This is similar to the first point, in that an overly embellished story is normally a fake one. However a good way of checking on a story is to ask those people who were there that night. See if they tell you the same tale as your man did. If they avoid the question, tell you a different story or sound like they are reading from a script, when you do ask, then this is sure fire sign that you have been lied to.

If you have asked your man a simple question and he gets riled up about it, then the likelihood is he is hiding something from you. Often people, who are hiding things or lying about things, will get angry and defensive when asked about them. This stems from the panic they feel about being caught out. They think that if they act offended or get angry, then this will distract your attention away from the question that you have posed. Don’t let it though, this is a sign that he is lying to you.

5. Hesitant to Answer or Answers too Quickly

Another way of telling whether or not your man is lying to you is by the time it takes him to answer. If he rushes to answer your question, possibly even starting to speak before you have finished, then this could mean that he has had the answer prepared for when you ask. This is a sign that he is lying to you and that he doing so with the full intention of doing so.

If however you find that he is hesitant to answer avoids the question, or tries to change the subject, then this could mean that he is hiding something from you. If you press him for an answer and still don’t get one, or he gets defensive, then you can take that as a definite answer to whether he is lying to you and the answer is yes.

6. Turns the Question onto You

If you man tried to deflect the question back onto you, then you can take this as a sign that he is hiding something. Often those who feel guilty will try and turn that guilt into suspicion, in an attempt to make you feel as though you have done something wrong by asking. Don’t let him do this to you, push him for an answer and if he won’t give you one, then you are perfectly within your right, to assume that he is hiding something or lying about something.

It can be heart breaking to realize that you man has been lying to you, but it is always better to be heartbroken with the truth, than blissfully ignorant. If you feel like your man is hiding something from you or lying to you about something, then don’t let it drive you mad, just look out for the signs and see whether he displays any of them. If he does, then raise the issue with him, if he gets defensive then push passed it, if he tries to turn it around on you then don’t let him, you have done nothing wrong. Everybody deserves the truth and you are no exception to this rule.

Editor’s Note:  Do you know there’s a “Secret Phrase” that will make any man thirsty & begging for your attention? Here it is… Click Here