There comes a time in every girl’s life, when she is ready to forget about boys and start dating men. Long gone are the desires to sleep in dirty sheets, wiggle after a wee and drink shop brand beer. So you wander off into the world in the search of the perfect man, the one who knows how to treat a girl right, the one who takes you out for dinner, instead of ordering in. Where do you find him though and how can you know for sure that you have found a man? Men age deceptively, whilst their faces might show the years, often their minds are still that of a child’s. So how can you be sure that you have found a real man and not just a boy in a man’s body?

A real man will support his girl, irrelevant to what it is she is doing. He will understand that your dreams are important to you and he will help you in every way he can. A boy however won’t do this, they will point out the flaws in your plan, show you how many ways you could fail and won’t try to help you in the slightest. If you have met somebody that puts your dreams down then unfortunately you’ve found a man child rather than a real man.

A real man knows that he should put his girl first. He knows that there is a delicate balance between doing the things he wants to do and keeping you happy, and he will do everything he can, to keep that balance. A boy in a man’s body doesn’t understand this; they would rather put themselves and their wants and needs first. They won’t even consider you whilst doing this.

There is nothing wrong with a little bit of jealousy in a relationship. It can be the proof that there is still passion and love there. This doesn’t however mean that your partner should be untrusting of you. A big sign that you are dating a boy instead of a man is if he gets possessive over you without any good reason. This is just like a toddler who doesn’t want to share his toy, even though he hadn’t been playing with it.

Whilst it might not be as easy as it used to be to get a job, that doesn’t mean that it is impossible. A real man knows the importance of working towards his and your joint future. He knows that one of the most important factors to progressing in life, is to earn the money to do so and he will do everything he can to get a job and progress in that job. A boy in a man’s body won’t care about working; he will assume that everything will fall into place with little or no work and that the world owes him a favour.

A real man knows that he should treat his woman with respect. Respect is something that is fundamentally important when it comes to a happy and successful relationship. If you find that your man mocks you or belittles you, irrelevant to whether it is behind closed doors or in public, then you have been mistaken in thinking that he is a man. He is clearly a boy in a man’s body.

A real man knows that his time is better invested in you, than in other girls. He wouldn’t dream of risking hurting you by flirting with other girls. Instead he will try to make sure, that you know you are the only girl in his world. It’s only boys in men’s bodies that will risk what they have over something as stupid as flirting. Boys thrive on attention and they like to feed their egos, real men don’t need to do this and they won’t.

Boys are immature, selfish and only ever look out for themselves. Whilst this might have been the type of person you went for when you were in college, it is really the time that you started to see that you are worth so much more than stupidity and immaturity. What you deserve a real man, who knows how to treat a girl right. Someone who can make you laugh, but will always be there when you cry. Someone who understands that if it is important to you, then it should be important to them too. You deserve a real man and now that you know the traits of the boy in a man’s body, you should be able to successfully avoid the boys and find the men that you not only deserve but that you want. Who wants a stupid boy when you can have a real man, right?

Editor’s Note : If you want to know how a guy REALLY feels about you, watch this video and answer the 7 questions it asks… CLICK HERE 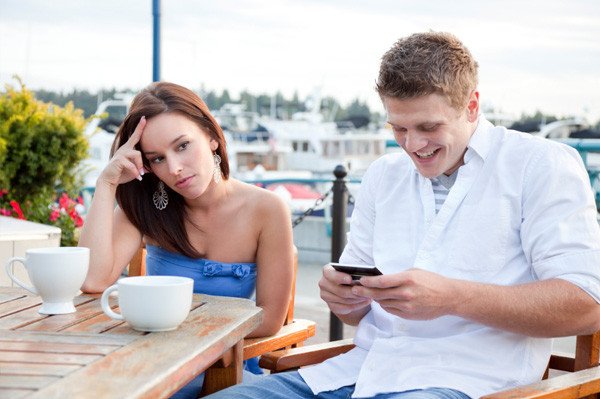