There are many different types of men in the world. There are the hopeless romantics, who will whisk you away to watch tropical sunsets and hold the door open for you, when you get your taxi home. There are the players, who thrive when playing mind games and thinking that they have the advantage. There are the good guys, those men who would do anything for the girl they like and would never dream of putting their own needs before hers and then there are the losers, the men that you will fall hopelessly in love with, only to later realize that they will never change and you have invested your emotions in the wrong place. So how can you stop yourself from investing your time and heart in a loser? How can you spot one before it is too late? 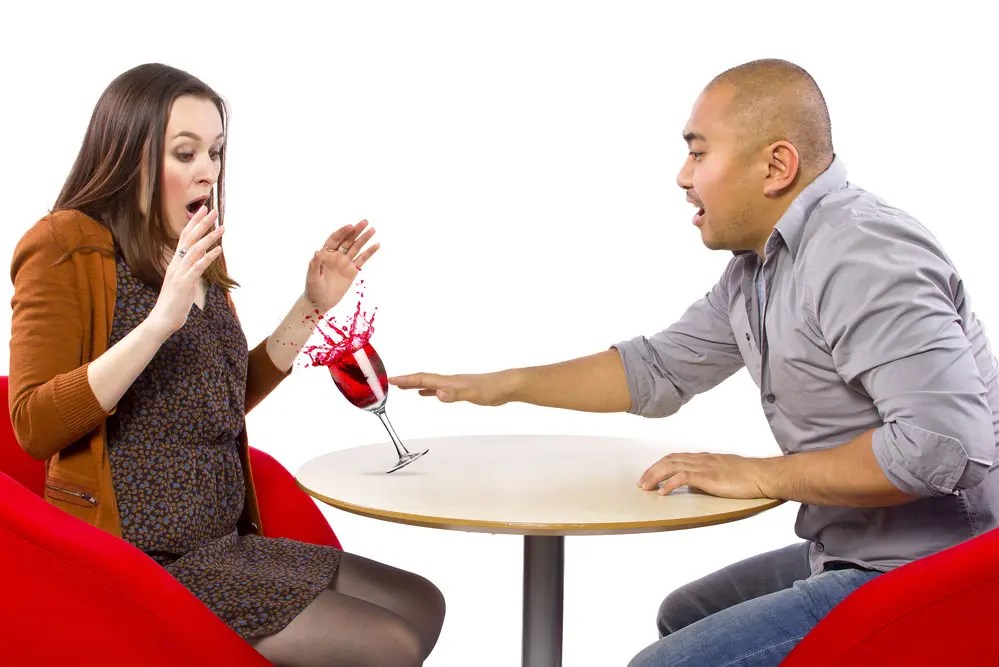 Everybody likes to have a laugh and when it comes to a potential partner, the ability to make you smile, should play a huge factor on whether or not you take a chance with them. There is a difference however between making a joke and making a person laugh, and being immature. Losers are the type of men who refuse to grow up and take responsibility for their own actions. This inability to accept their wrong doings is what makes them a loser who really isn’t worth your time.

There is nothing wrong with you man wanting to spend time with his friends. A strong and happy relationship relies on you both being able to retain friendships and living a little outside of each other’s worlds. That doesn’t however mean that it’s okay for him to blow you off. If your man is constantly ditching plans you have made together, so he can go see his mates, then you are a dating a loser, who clearly doesn’t understand the importance of putting you first.

When you are young, the last thing on your mind is the future and what prospects it might have. However as you get older and your relationships become more serious, you want to know that there is the potential there for it to become something permanent. The last thing you want to do however is commit, to someone who just simply refuses to work. A relationship should be about you both working together, to achieve your goals. If he refuses to work towards your future or just refuses to work in general, then don’t listen to his excuses, the simple fact is, that he is a loser.

4. He Doesn’t Respect You

Respect is a huge factor in relationships. It’s something that should be mutual and it should put you both on an equal level. If however he belittles you and puts you down, then you should know, this is a sign of disrespect. If your man cannot respect you for the person that you are, then he’s a loser and you are better off without him.

Times are changing and it is no longer the sole responsibility of the man, to pay things such as dinner and nights out. That doesn’t mean however that you should be paying for everything either. If your man is always leaving his wallet at home or he is spending all his money on himself, and then expecting you to bail him out, then he is a loser.

We all have dreams and aspirations and our partners are the people who are meant to support those goals, irrelevant to what they are. A partner should be someone who makes you feel as though you could achieve anything. If your man is constantly telling you that you can’t do something or that you should be doing something else, then he is being unsupportive. Unsupportive men are usually the type who would rather not try than fail, and this makes them losers by default.

There is nothing wrong with your man wanting you to himself. In fact a little bit of jealousy can be healthy as it shows that you both care about each other. However if that jealousy is stopping you from being able to talk to people and see your friends, then it is a problem. If your man can’t trust you to be faithful to him and honest, then that’s his problem not yours and you shouldn’t allow him to make you think any different.

If your man only ever pleases himself and doesn’t bother about you, then that means he is selfish in bed. A good man will do everything he can to please his woman. If your man only cares about his own pleasure and makes no attempt to make it good for you, then he’s a loser and he isn’t worth your time.

Sometimes life can be a little overbearing and it can be difficult to find a reason to smile. That doesn’t mean however that it is okay to moan about everything all the time. That kind of attitude will only bring those around you down, and if that is what your man is doing, then it’s time to move on to someone happier and someone who is less of a loser.

Manners don’t cost anything but they are worth more than their weight in gold. If your man doesn’t know how to say please or thank you, then he is no better than a toddler and this makes him, a pretty big loser.

It can be hard to admit to yourself, that you have been wasting your time with someone. It can be even harder sometimes, to see that the person you are in a relationship with is a loser. The simple fact is though, that losers will never change their ways and if you want somebody who is going to respect you and put you first, then you are going to have to walk away from the person you are currently with. You deserve to be happy, it’s as simple as that.

Don’t Miss: 7 Basic Needs Every Wife Has And How To Meet Them